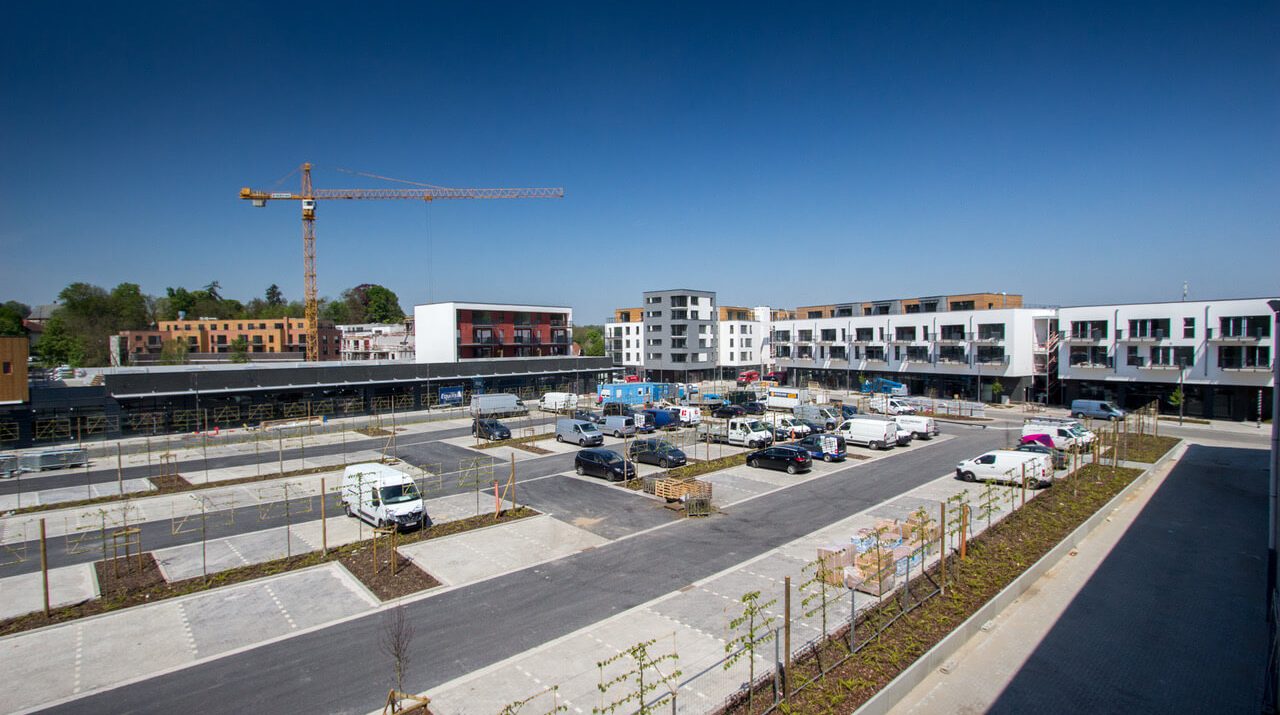 The phase 2 of Henricot represents the second part of an important reconversion project of the old Henricot factories at Court-Saint-Etienne. This project of urban revitalisation has been started in 1993.

After the first phase, finished in 2003, a second phase is in execution in collaboration with Altiplan for the promotor Equilis (Groupe Misdagh). The market was obtained following an invitation to tender launched by the town in 2010. The developed urban and architectural vision attracted the authorities. ABR, who has this written in its DNA, has not been contented by a limited approach of the site. First of all the project was committed to the urban dimension as a whole: grid layout from the neighbourhood to the town, mobility, urban development,… Then the architectural projects, where passive housing, shops and a nursery coexist, have been implanted. The holistic approach of the projects, precious to ABR, provides a high level of coherence and a great added value to the project. During the studies phase,  the accent has been put on the co-creation with promotor Equilis and the town of Court-Saint-Etienne in order to respond better to their respective expectations. Phase 2 of Henricot will be realized on the land parcels next to the scrap metal park and the cultural building, renovated by ABR in phase 1. The construction site will take 18 months and will be executed by the company Bernard Construction. First of all an eco-neighbourhood will be build meeting the new standards Wallons for sustainable neighbourhoods. It will consist of 5 buildings with 130 residences, 8.500 m2 of commercial surface, a nursery of 42 beds and also the roads. Then about twenty houses and more than 200 apartments will follow. Actually, the momentary association ABR-Atliplan is in the phase of project management and will follow up the work with the project managers from Equilis. Weekly site meetings are planned to ensure the a successful conclusion to this very important project. 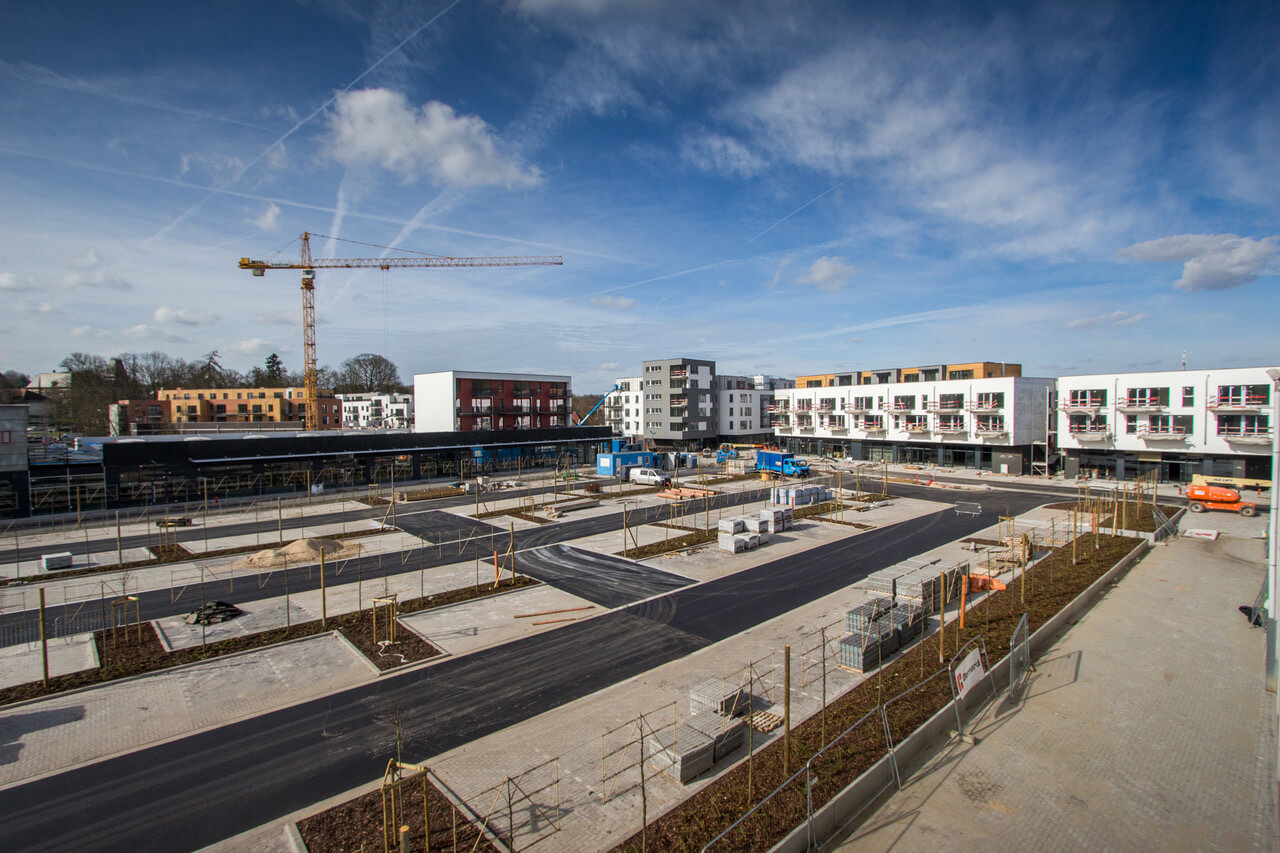 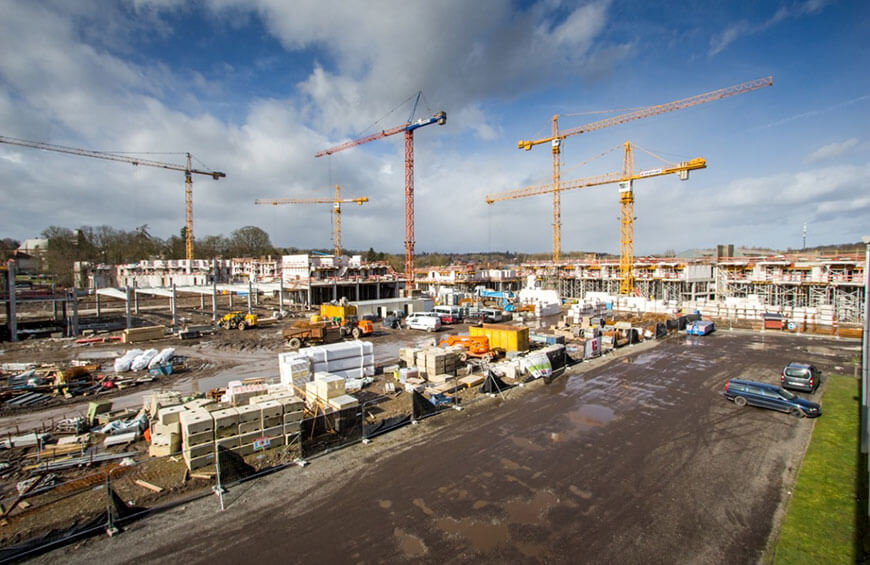 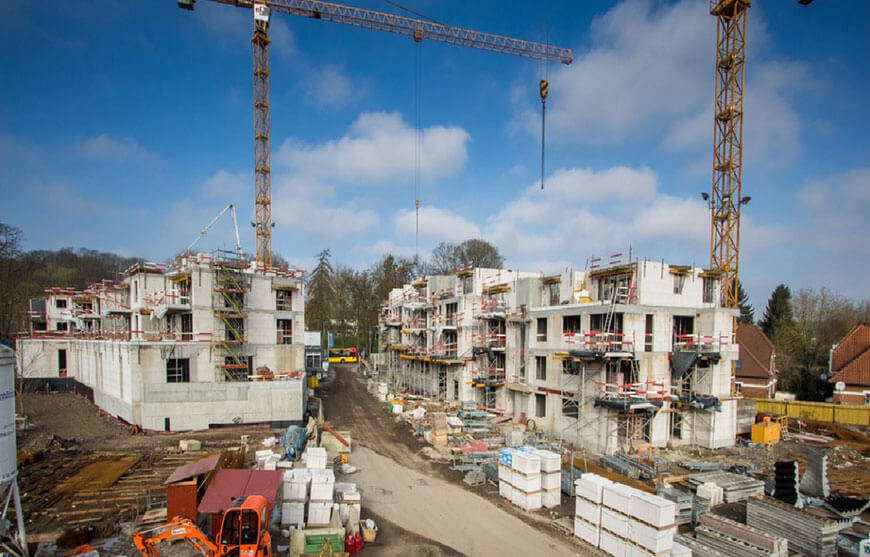